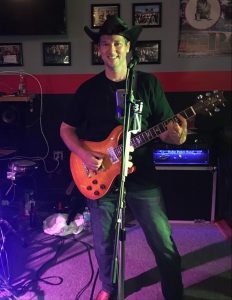 Razworks was founded in 2002 by Michael Rassel, a web developer and musician currently residing in Sarasota, FL. Michael is originally from Minneapolis, Minnesota, where he graduated from The School of Communication Arts majoring in 3D Animation.

Michael worked as a lead artist for Viewpoint Corporation in New York City, where he gained experience in real-time 3D programming and web development, working on projects for Nike, Sony, IBM, and winning a Communicator Award for a Hewlett Packard 3D website presentation.

Michael relocated to Sarasota Florida in 2002, where he founded Razworks, LLC to serve local small businesses with web development, internet marketing, and 3D Animation services. Michael sold the web development portion of Razworks to a local marketing agency in 2015.

Dedication to family and the local community was recognized when Michael Rassel was presented with an Outstanding Adult Volunteer Award for 2010-2011. Michael volunteered as the weekly coach for the Fruitville Elementary School Chess Club from 2008 until 2011. Michael also coached a Sarasota U19 soccer team until 2019 when his son graduated high school and went to college.

Michael was a professional singer/guitarist for several years prior to pursuing a career in animation and web development. He currently performs in part-time Rock and Country bands in the Sarasota, FL area.  Listen to Razworks on Soundcloud